Saturday, 13 August 2022
You are here: Home Packers Free Agent Signing ‘On the Roster Bubble’ for Camp 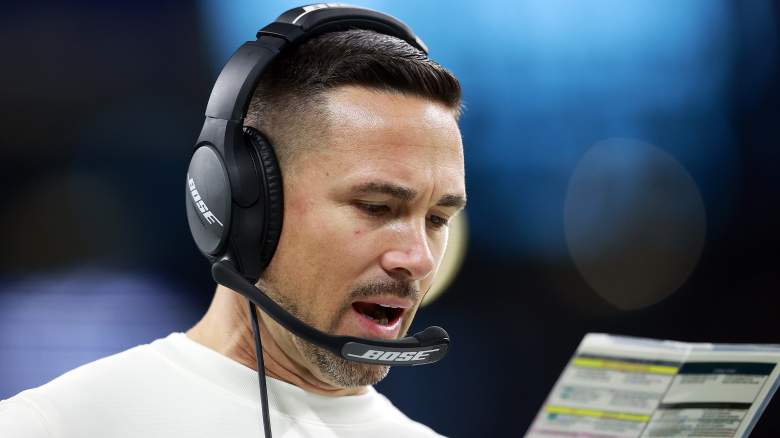 Head coach Matt LaFleur of the Green Bay Packers looks on during the first half against the Detroit Lions at Ford Field on January 09, 2022 in Detroit, Michigan.

The Green Bay Packers are only a few weeks out from the start of 2022 training camp and don’t appear to have many veterans in danger of losing their roster spot heading into the new season, but one Packers insider believes there could be at least one among them on the bubble when cut decisions are made.

In a recent ESPN article that examined players “on the roster bubble” for each of the 32 NFL teams, longtime Packers insider Rob Demovsky named veteran wide receiver Sammy Watkins the one to watch as a cut candidate as Green Bay goes through camp.

The 29-year-old Watkins was the only experienced receiver the Packers added following the departures of Davante Adams and Marquez Valdes-Scantling this offseason, giving them a new pass-catcher who has 34 touchdowns and more than 5,000 receiving yards on his record. At the same time, Watkins is signed to a one-year deal that offers him little security should he get outshined over the next few months.

“The Packers didn’t invest much in Watkins — $350,000 signing bonus as part of a one-year deal. They’ve cut free-agent signees with bigger bonuses (see Devin Funchess),” Demovsky wrote in ESPN’s July 6 article. “While they don’t have much veteran experience at the position, they did load up at receiver in the draft. If all three draft picks (Christian Watson, Romeo Doubs and Samori Toure) look ready to contribute by Week 1, perhaps Watkins won’t stick.”

The latest Packers news straight to your inbox! Join the Heavy on Packers newsletter here!

Demovsky raises a good point about Watkins’ contract and how little the Packers are financially committed to him. According to Over the Cap’s contract details for Watkins, the Packers would only be on the hook for his $350,000 signing bonus if they moved on from him between now and the start of the 2022 season. They would also gain about $1.42 million in cap space for the upcoming year, which could be useful for addressing other roster needs that might arise throughout camp.

Don’t forget, the Packers have four players — Robert Tonyan Jr., David Bakhtiari, Elgton Jenkins and Kylin Hill — working back from ACL injuries. There’s a decent chance one or more of them begins the 2022 season on the physically unable to perform (PUP) list, so there could be a need to add another outside free agent.

One of the big factors at play for Watkins is his health. The former No. 4 overall pick has not played a full season since his 2014 rookie year with Buffalo, missing at least two games in each of the past two seasons. The Packers might be comfortable with the risk of missing Watkins for a few games given the young talent waiting in the wings, but an injury in training camp could derail his entire stay, as it did with Funchess in 2021.

Watkins might not have the contractional security that other Packers wideouts have coming into camp, but there are still plenty of reasons to think Watkins will make their initial 53-man roster. For starters, Rodgers could use another receiver with considerable production at the NFL level alongside Allen Lazard and Randall Cobb, and Watkins certainly provides even though his career has not taken the trajectory it was once expected. He is also a fleet-footed guy who has averaged 14.5 yards over 348 career receptions and displayed a knack for getting behind defenders.

Rodgers has also mentioned Watkins several times this offseason when discussing the outlook of the Packers’ 2022 receiving corps. A vote of confidence from the four-time NFL MVP — and back-to-back reigning MVP — definitely doesn’t hurt a bubble player.

“I was 100% on board with (signing Watkins),” Rodgers told reporters on June 7 during OTAs. “I think it’s important you get guys who have a lot to play for, and I think Sammy has the opportunity to continue and travel down a new path in his career that we can help him here as he continues to improve and gets opportunities. The most important thing for receivers and pass catchers and ball carriers is opportunities, and there’s definitely going to be opportunities for him to make plays for us in this offense. I love the disposition, I really enjoy the person, and I think he has everything right in front of him to have as productive a year as he wants to.”