Monday, 15 August 2022
You are here: Home Transformation through travel 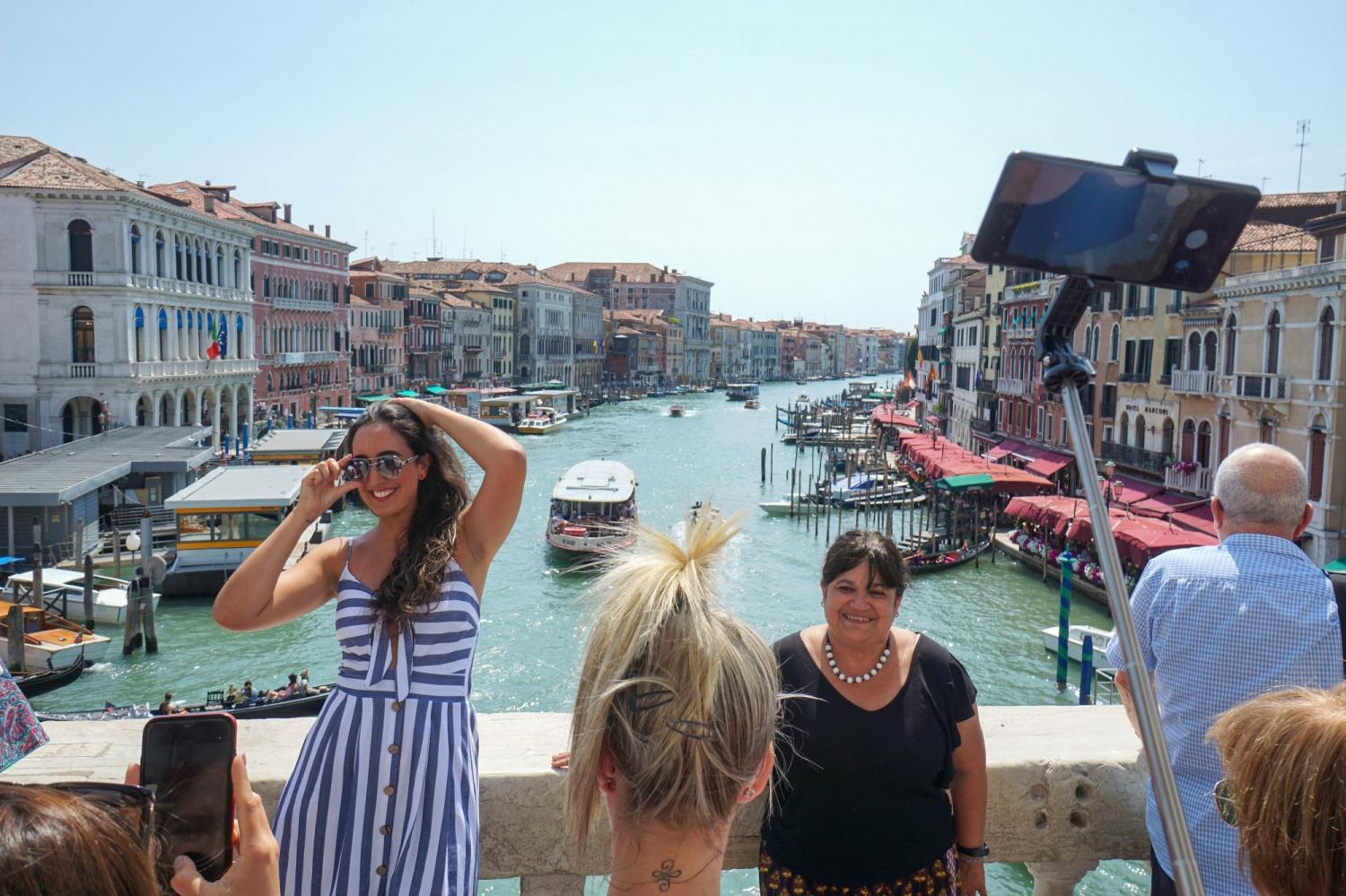 Travellers can become agents of change by moving from luxury and escape to contact, engagement and empowerment

What could Venice, Mumbai, the Maldives and the Great Barrier Reef possibly have in common? Two are magnificent repositories of centuries-old cultures and bustling commerce. The other two offer a spectacle of sugar-white beaches, framed by the enticing blues of froth-fringed coral reefs.

The answer is not red-faced, beer-swilling, steak-chomping Aussies; or curious flag-waving Gujarati tour groups in search of vegetarian menus; or expressionless Chinese being towed with life-jackets on, for an “underwater” marine tour. All four destinations are threatened with gradual shoreline erosion or extinction as sea waters rise, according to the Global Climate Risk Index.

So what does this have to do with travellers? Everything and nothing, depending on your philosophy, lifestyle and sense of social responsibility.

Clearly, climate change is a global problem that affects everyone. Yet the climate dividends or havoc of the near future will result in haves and have-nots in much the same way as the rich-poor divide today. Some will enjoy the benefits of cocooned, weather-proof lifestyles while others flee floods, fires, tornadoes and irate tigers. All will have to deal with new zoonotic viruses emerging from the jungles as wildlife habitats shrink.

For the wealth-flaunting super-rich, the argument, “I work for my money, so …” fails to pass muster when the evidence clearly indicates that money begets money while poverty begets poverty. These are cycles — and bounded circles — that are difficult to escape unless there is a change in human attitudes and positive intervention.

Travel is no different. You can escape into a luxury bubble and pretend all is hunky-dory; or you can escape to the real world, which is just as beautiful and bountiful as any fantasy world, armed with the knowledge that it is on the verge of extinction and you could play your part to defend it.

This latter view lends an urgency to actions. It focuses on the individual as an agent of change rather than as a passive spectator.

For one, travellers may in future, calculate their carbon footprint or use common sense when making transport arrangements. They may choose to spend their money where it may do the most good, in threatened regions, or in depressed communities that struggle with the daily grind as well as the Great Covid Slowdown.

They may visit and see things first-hand. Or, where human encroachment is undesirable, they may simply contribute to groups that are working towards the betterment and protection of these regions.

You can travel, enjoy novel encounters, learn something new and do good all at the same time. While carbon offsets simply kick the can down the road, relieving token guilt, your choice of walking, cycling, car, train or plane can make a difference.

This is particularly true when millions of travellers begin to think the same way. We’ve often heard: “No one pays taxes, why should I?” But when everyone pays taxes, the dividends are obvious. The benefits accrue to all.

One person can make a difference. It’s true the biggest polluters remain the petrochemical behemoths and coal-fired power plants (30% of estimated greenhouse gasses); the transport sector (mainly cars and freight as aircraft account for just 2.1% of CO2 emissions); agriculture and cattle; the fashion industry; and always-on-the-go militaries.

As the activist science group Stay Grounded observes: “Military jet fuel … features a number of pollutants particularly pernicious at the higher altitudes at which military aircraft fly — in comparison to commercial airlines”.

This is head-scratching stuff. One might follow the lead of Tiziano Terzani, the Italian journalist who gave up flying for an entire year following the dire auguries of a Cambodian mystic. He recounts this with verve and humility in his whimsical 2011 book, A Fortune-Teller Told Me.

In later years he argued the West had upended the natural earth-centric indigenous ways of Asia to the detriment of all. This stream of thought presaged Amitav Ghosh’s seminal 2021 book, The Nutmeg’s Curse, and its powerful critique of European-style terraforming (or cultural cloning) in the colonies that he believes is responsible for climate change.

According to the Global Climate Risk Index, the Bahamas, Mozambique and Zimbabwe were the most affected by extreme weather in 2019. Over the preceding decade Puerto Rico, Haiti and Myanmar bore the brunt with 475,000 people losing their lives in extreme weather events.

The Great Barrier Reef is dying as ocean temperatures rise; the Maldives, which sits just a metre above sea level, is planning floating cities to contend with the advancing ocean; Fiji is in the same boat.

Stunning Venice with its storied Piazza San Marco, Mumbai whose mangrove defences have been destroyed by relentless city expansion, and Osaka, are all disappearing underwater and frequently held hostage by crippling floods; low-lying Rio de Janeiro is vulnerable; the Aral Sea has suffered massive shrinkage and the retreating Dead Sea threatens Petra, the ancient Jordanian “lost city” carved out of pink sandstone.

Add to this list the Amazon and its vanishing green lung; rapid snow-melt from the high Himalaya to the Alps and Alaska; the Mekong Delta, Napa Valley, Key West in Florida; the sinking temples of Angkor (as the underlying aquifer gets drained), the yellowing of the Taj Mahal due to pollution, and the shrinking waters of the thundering Victoria Falls in Zimbabwe. The list is endless.

These are places on everyone’s bucket list. Now there is a more pressing reason to remember these names.