Tuesday, 28 June 2022
You are here: Home What a Travel Influencer’s Assistant Buys for Her Boss 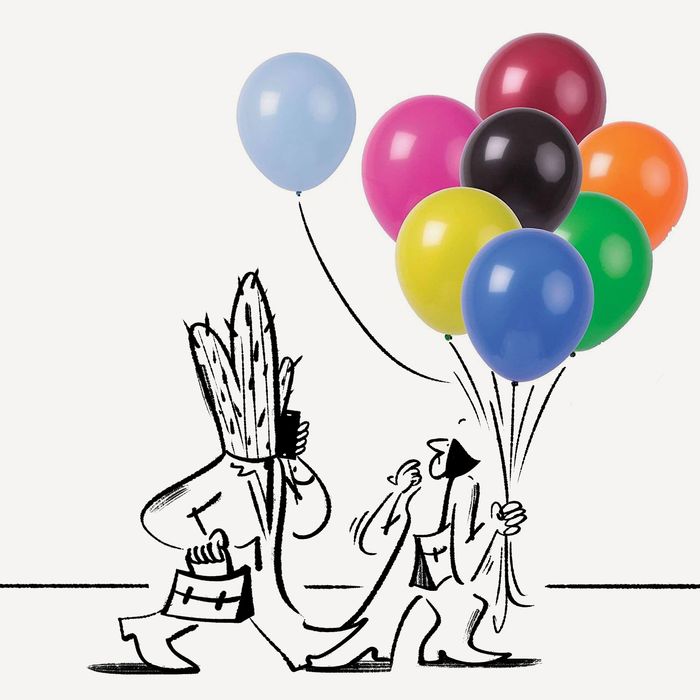 Assistant is a bit of a catchall term. Sure, they schedule meetings, take notes, and retrieve coffee, but they can also act as a quasi concierge, sending fruit baskets to top clients and buying gifts for partners. In an effort to uncover the highly specific material needs of powerful people, we sat down with “Lisa,” 24, who started assisting her high-end-travel-influencer boss full time just over a year ago. We spoke with her about deceptive macarons, the six-foot green screen she schlepped on the train, and the off-season decorations she went on a wild goose chase to find.

Because Lisa’s boss is often photographed alone in hotel rooms, she relies on an assortment of props to create a sense of fullness. (Her brand skews feminine and flowery, so bouquets of pink and white roses, candles, and Champagne can be found in many of her photos.) “Influencers make their lives look so casual, but there’s actually a ton of effort that goes in behind the scenes. The only reason why it looks effortless is because they’re good at their jobs.”

In an influencer’s photos, every little detail is intentional. Lisa says her boss once sent her to buy a magazine with a cover in a “color relevant for the shoot.” At the newsstand, Lisa sent her boss a video of all the available titles; eventually, that month’s Vogue was chosen for its light-blue cover. “A lot of the stuff I buy,” she says, “the quality doesn’t matter and the cost doesn’t matter. It matters how it looks.”

Lisa says she often has to pick up balloons — usually in shades of pink, red and yellow — for shoots from a Party City on 34th Street. Lisa says “the people on 34th Street are different from people everywhere else, especially since COVID,” so every time her boss sends her there, she’s “absolutely terrified that someone is just going to come over and start popping my balloons.” (Although she’s never actually had a problem with anyone messing with her — or the balloons.) Another prop-sourcing expedition saw Lisa hunting down holiday decorations in October after her boss had secured a sponsored-ad campaign. She ultimately happened upon some at a Dollar Tree in Harlem, “enough that we could decorate the room to look Christmassy.”

The first luxury trip Lisa took with her boss was to Paris for a shoot for the influencer’s fashion line. The two worked together to create “high-glam” images — including one in which Lisa’s boss can be seen enjoying a goûter of Champagne and Ladurée macarons in front of a window framing the Eiffel Tower.

But, in fact, not all of the cookies were from Ladurée. “When we bought macarons from Ladurée, it wasn’t that we wanted the macarons, per se — we wanted the boxes,” Lisa says. So she bought a six-pack from Ladurée, then popped into another bakery closer to the pair’s hotel to purchase some less expensive, no-name macarons. She was also tasked with procuring pink Champagne, chosen exclusively for its color. (No one on set took so much as a sip.)

Lisa’s job entails providing support with styling, capturing content, and postproduction — all with the goal of making her boss appear as polished as possible online. “If you use the tools you have well, no one should notice that you used those tools,” Lisa says. For Lisa’s 23rd birthday, her boss bought her a brand-new iPhone 12 Pro. After the initial shock wore off, Lisa says she understood that the gift, while generous, might not have been entirely altruistic. “When we go out and shoot,” she says, “I have to get behind-the-scenes footage and other content. If I have a better phone, it means her videos will be better quality.”

For their most recent trip to Spain, France, and England in the first three weeks of April, Lisa made sure their preparatory Amazon order included this Fujifilm camera. The photos taken with a disposable camera provide visual variety in carousels alongside videos and iPhone shots, Lisa says. Plus the Fujifilm can be used to capture moments that might not need the full treatment, like Lisa’s boss’s husband napping while she was having her hair done. “The fact that it’s disposable, the pictures are a little less stressful,” Lisa says. “You don’t really know what it’s going to look like, so there’s no point in reshooting.”

On this same Euro trip, Lisa’s boss had the idea to hold up messages like “Influencing is a real career,” à la Dude With Sign. The cardboard (sourced from Lisa’s neighbors) became increasingly beat up as Lisa lugged it across three countries in her Away Large, but the words stayed legible because of these ultrathick markers.

Lisa says she was once tasked with picking up a green screen so her boss could avoid having to digitally remove the backgrounds from a series of shots for a project. It was not a glamorous job. “Imagine me on the train carrying a six-foot box,” she says. Lisa says her boss ended up “making her husband stand there holding the green screen up in the middle of Roosevelt Island.” Because Lisa’s employer isn’t New York based, the green screen and a teleprompter kit ended up being stored in Lisa’s midtown studio apartment. She says her boss told her, “If you ever want to start a YouTube channel, now you have” the equipment.

Once, Lisa says she had to go to the hardware store because her employer had borrowed a dress from a designer that was too big. The influencer had Lisa buy some clamps to take it in the back, the “smallest, skinniest” ones possible so they wouldn’t show in photos. They, too, are now in storage at Lisa’s apartment.

A lot of Lisa’s work revolves around Adobe’s Premiere Pro, Photoshop, and Illustrator programs: Premiere Pro to edit her boss’s videos, podcasts, and occasional Instagram reel, and Photoshop and Illustrator to tweak individual posts for her employer’s social feeds. Lisa, who minored in graphic design, says that while her boss handles her own photo editing and retouching, she helped establish the visual identities of some of her boss’s businesses.

The monthly Adobe subscription comes out of Lisa’s own pocket, but at least she isn’t working from her personal computer anymore: One day, she was venting to her boss about how her heavy, noisy laptop from 2016 would lag while she was trying to edit. Her boss quickly said, “I can’t do this. We’re getting you a new computer,” and told her to go to the Apple Store to pick up a new MacBook Pro.

get the strategist newsletter

By submitting your email, you agree to our Terms and Privacy Notice and to receive email correspondence from us.

The Strategist is designed to surface the most useful, expert recommendations for things to buy across the vast e-commerce landscape. Some of our latest conquests include the best acne treatments, rolling luggage, pillows for side sleepers, natural anxiety remedies, and bath towels. We update links when possible, but note that deals can expire and all prices are subject to change.